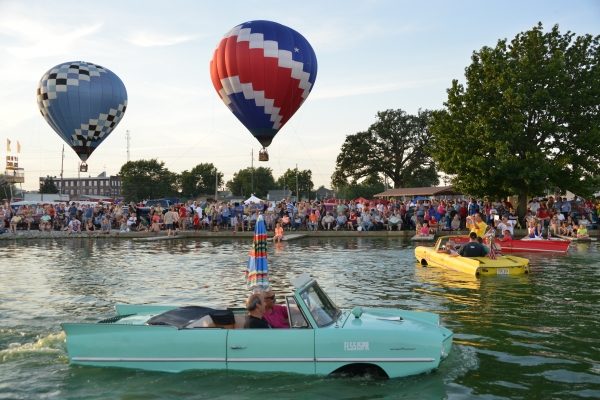 Posted at 19:30h in Blog, Featured by midnet.media
0 Likes

2018 marks the 50th Anniversary of the final Amphicar rolling off the assembly line in West Germany.

Manufactured from 1961 – 1968, they are the only civilian amphibious passenger automobile ever to be mass produced. 3878 Amphicars were manufactured and 3046 of those amphibious vehicles were sold in the United States. It is estimated that fewer than 600 seaworthy examples still exist.

Each year Amphicar owners from across the Midwest bring their unusual vehicles to Grand Lake St. Marys for the “Splash- In”, Grand Parade and other special events at the Celina Lake Festival. This year an extra-large contingent is expected to join the festivities and celebrate the 50th Anniversary.

The Celina Lake Festival is scheduled for July 27-29, 2018. www.LakeFestival.com