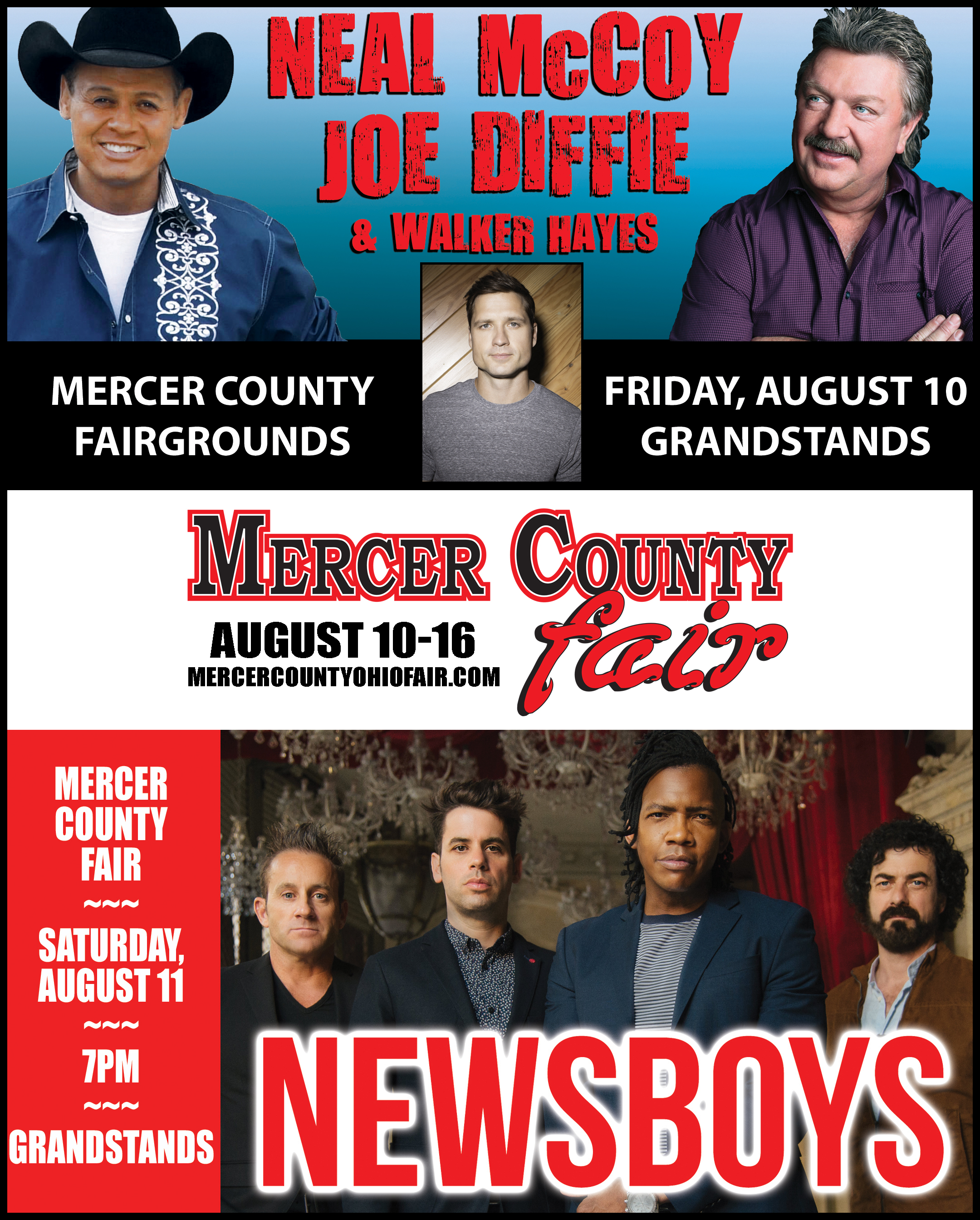 18 Apr Spring, Summer and Fall, the Mercer County Fairgrounds hosts Fun for All!

“There’s always something going on at the Mercer County Fairgrounds” is a statement that embodies the facility located in the county seat of Celina, Ohio.  What once used to be a just a place for the annual county fair, has become a place for a variety of events throughout the year.  “We have a large, beautiful facility,” stated Mercer County Fair Manager Cara Muhlenkamp.  “For several years now, we have added events, other than the fair, to make use of the grounds.  We are proud of our facilities and strive to bring entertainment to the area for more than one week out of the year. ”Plans are now in the works for the Food Truck Rally, May 19, and the 2018 Mercer County Fair, August 10-16.  National and local live music groups will be featured at both events along with new attractions for families to enjoy.

The Food Truck Rally will be held over the first camping weekend of the year, Friday through Sunday, May 18-20.  Food trucks and events will be held on Saturday, May 19, rain or shine.  Reduced price of $60 will secure a camp site for the three-day weekend.  Call the fairgrounds’ office at 419-586-3239 to reserve your site.Scheduled events for Saturday, 11 a.m. to 11 p.m., include: laser tag and bounce inflatables, Canvas-N-Cork painting, cornhole tournament, life-size Pong, kids’ activities by Camp Kazoo and a display of boats, campers and golf carts.  Performing at 5 p.m., will be Kaitlyn Schmit & the Move followed by Sawcreek at 8 p.m. “This is our second year for the Food Truck Rally,” Muhlenkamp explained.  “Last year was well received and we welcome everyone to taste the variety at this year’s food trucks and trailers.”

Highlighting the 2018 Mercer County Fair will be national singing acts of Neal McCoy, Joe Diffie, Walker Hayes and the Newsboys.  McCoy, Diffie and Hayes will perform on Friday, August 10, at 8 p.m.  Saturday night will feature the Newsboys, as they take the stage at 7 p.m.  Tickets for both concerts are available at the fairgrounds’ office or on line at www.mercercountyohiofair.com.  “Having two concerts this year, one country and one Christian, is something we’ve been working on and now it’s going to happen,”  Muhlenkamp said.  “We’ve been having national acts for a few years now on the country side, but there was a need for a Christian concert.  We are so blessed to have the Newsboys as our first one!”

Every year, the fair board strives to bring new attractions to the annual fair.  Among the list for this year include:

*  Wolves of the World:  a most unique show will be at the fair all seven days, August 10-16.  Various show times will be throughout the day.  This is the only traveling wolf pack in the world.  The shows will feature: demonstrations of natural wolf behavior, wildlife and environmental conservation, the do’s and don’ts of human interaction with wild animals while demonstrating the old-fashioned values of our ancestors who founded this country. At the conclusion of the show, audience members are invited into the wolves habitat where they actually have the chance to watch the wolves being fed.

*  Remembering the Fallen: 9/11 Memorial:  a photographic war memorial that honors our country’s military Fallen from The War on Terror. Because 9/11 was such a defining moment, this memorial includes our country’s Fallen since that tragic day in our nation’s history. It will be on display every day of the fair.  The owner’s mission is to honor the military from today’s War on Terror going back to World War II, including those who have died, while serving the United States of America. They do that by creating photo memorials, holding events open to veterans, their families and the public and recording stories to share with future generations.

*  Mobile Glass Blowing:  Ever wonder how glass is blown into beautiful pieces of art?  You will find out at this year’s fair when you watch this attraction create works of art on August 10, 11 and 12.

*  The Bulldogs:  this band will take you back the days of the “Drive In” and the “Sock Hop.”  The Bulldogs have been bringing the “Oldies” back for the last 30 years. They play to sold-out audiences throughout the Tri-State area and will perform at the fair on Veterans’ Day, Tuesday, August 15. The Bulldogs were voted “Best Oldies Performers” nine years in a row, as voted on by the readers of “Whatz Up Magazine.”  They have performed with such artists as  the Beach Boys, Chubby Checker, Herman’s Hermits and Mike Smith of the Dave Clark Five. They have been the featured performers on 17 Cruises throughout the Caribbean and Mexican Riviera.

A fun fall event set for the Mercer County Fairgrounds is the Halloween Family-Fest & Campout set for October 19-21. More details on this fun, family event will be released a little late in the year. Reservations for camp sites can be made now by calling the fairgrounds’ office.